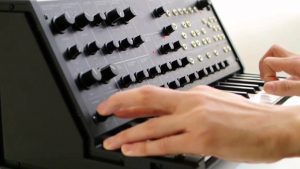 I would consider myself a geek. This is something of an obvious statement given as I am writing a development blog about a virtual reality game I built from scratch using a combination Unreal engine, Zbrush, Maya and Substance painter but, there is one area where my obsession becomes even geekier! So what is it that take from simply geeking out to having a full on nerdgasm?

When I started developing in Unreal the idea of making , let alone releasing an entire finished game was something of a pipe dream but even back then in the early days of my developer journey I was certain that whatever I created would have a soundtrack to go with so when it started looking like I might have a finished game on my hands the chance to fire up the studio was just too irresistible.

Once I got the first placeholder track into the game it became apparent that music would play a major part in each level. It also became fairly obvious that a bullet hell title like Warchasm was going to require something very upbeat, hell, something banging to accompany the mayhem unfolding in front of the player.

ultimately the music itself ended up dictating the flow of each level to some degree as stages with half time openings would tend to begin with lots of tilts and dodges, only gearing up to the insane firefights once the music had reached its peak and the main beat had dropped.

Still, despite opting for a more “avin it” soundtrack I still wanted to incorporate as many classical elements and sci-fi tropes like french horns and theremins as possible so the next step was to find a balance between the more contemporary break beat sound and its classical counterpart.

So ultimately every track ended up serving two musical masters. There would be the classical elements incorporating all the usual suspects such as horns, strings, timpani etc… There’s even a xylophone solo in there somewhere amongst the last few stages. This would all then be balanced against a bunch of analogue synth lines courtesy of the Korg MS20 and Arturia Minibrute. The soundtrack also makes good use of software synthesisers with U-he’s Diva taking centre stage more than a few times throughout the game.

Finally there was a bridging component that helped tie these 2 world together. A handful of sly spy and sci-fi lines coming out of a Moog Slim Phatty added some Schifrin – esque elements to the mix. The whole thing ended up sounding like John Williams being introduced to the Prodigy by Lalo Schifrin.

Just when things couldn’t get any geekier I had a moment of genius (madness) in that I decided I needed to pay homage to the toy makers behind my obsession and so I set about contacting Arturia, Korg and U-he. I explained to them that I had made a virtual reality game, that the soundtrack was put together using their hardware and that I wanted to name each of the players weapons after the synths used in the OST. 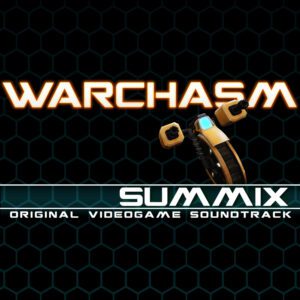 To my surprise all three companies agreed to let me use the names and even offered me some freebies, merch and even asked for interviews. And so it was that the guns in Warchasm would be known as the Minibrute, The Diva, The MS-20 and the Repro.

Thankfully it seems that all my hard work paid off as pretty much every review or stream of the game has mentioned and praised the games soundtrack. So much so that I eventually decided to stick it up on Spotify.